Zephyr Place was the street I lived on in Maplewood, Missouri. I only lived in that house for a few months, but it was an important time in my life. Previously, I’d been homeless and was living wherever I could. Sleeping on the street. Sleeping in my friends’ vehicles. Sometimes on strangers couches because they were willing to help out. At one point, I was paying a huge chunk of my paycheck to live on a couch. That ended abruptly. A series of events which culminated into the “roommate” holding a knife to my throat. (EDIT: I woke up to her holding the knife to my throat.)

I found a room to rent for a few days, but I’d already paid the other “roommate” for the month and that money had gone to their drug habit. I finally answered an ad about a room for rent on Craigslist. I wonder if Craigslist is still a thing? The roommate interview included playing Castlevania on the Nintendo. It was so much fun and Kevin, the roommate that handled filling the empty room in the house, was a very artsy and nerdy person. I felt like I’d come home to a place I never knew I missed.

Unfortunately, I couldn’t afford the room between my car payments and other bills. I had literally just purchased my “new” used vehicle and was likely going to be sleeping in it while I continued working. I was dejected and assumed the worst. Gosh, guys, I can’t even explain how much I’ve been crying as I think back on these days.

Kevin ended up calling me back a few days later and asked if I wanted to rent the unfinished room in the basement. It was going to be super cheap and I was thrilled. I bought a rack to hang my work clothes and a futon to sleep on since I couldn’t afford a bed. I lived at Zephyr Place from the beginning of April until July. A third of a year, but it deeply engraved its time into my heart.

I was untreated for my mental health disorders back then. I had a friend who recommended I get therapy. (Even when I dropped out of college the previous year for a suicide attempt on campus, no one suggested therapy. Crazy, right?) My therapist wasn’t really that helpful and concluded I just had seasonal depression.

I had suicidal ideations all the time back then. And I wasn’t doing well with socializing. My roommate Kevin was always the kind of person that had a moment to listen to you and give a bit of advice. I loved his webcomic that he was drawing, Pangea.

He inspired me to keep at my art even if I thought it sucked. My ex eventually reconnected with me when I was asking for my login information to the website he was helping administrate for me. (Fish in Bowl dot com!) He convinced me to come back to Georgia so my time at Zephyr Place ended.

Kevin was a kind roommate. During the first few weeks I lived there, he let me use his room to sleep since the basement was still really cold from Winter and at that point I didn’t have a futon or bed yet. He slept over at his girlfriends during that time. He was a good friend. Even if we had only known each other for a short period. He stayed in touch after I moved. He was even my first paid commission as an artist.

Kevin’s birthday is two days before my own. June 22nd. This year, it made my heart really heavy thinking about him. I never knew that Kevin struggled with his own mental health issues until he took his own life. He would have been 39 this year. He was always the roommate that helped the others feel better. He was the rock of the house. He handled everything and dragged us along to do the things he knew we needed to do.

I severely regret not being there for him as he was for me.

Please remember that suicide is not a solution to life’s problems. It only ends life. You may not realize it now, but there are people in your life who care.

If you need help, please reach out. 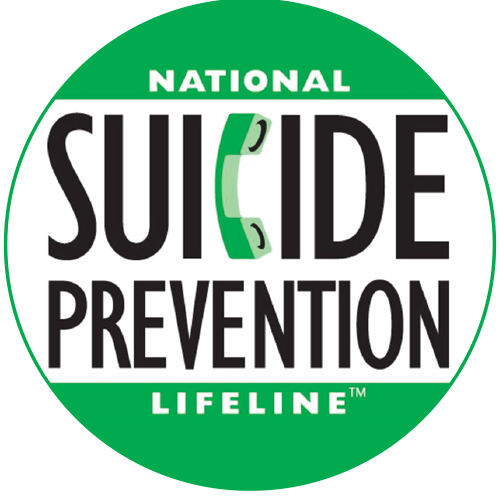 As someone that struggles with depression and mental health issues, I just want to stress that suicide is never a solution to the problems life hands you. Whatever your beliefs might be about death, you’re life ends. There’s no chance to improve it. Someone in your life will think of you and miss you when you are gone.